On 8 and 9 June, the Confucius Institute at the University of Luxembourg held a two-day Dragon Boat Festival event in the town of Differdange in Luxembourg. The event was held at the same time as the local multicultural festival, creating a wonderful melting pot of different cultural customs. The Chinese Dragon Boat Festival certainly attracted a great deal of attention! 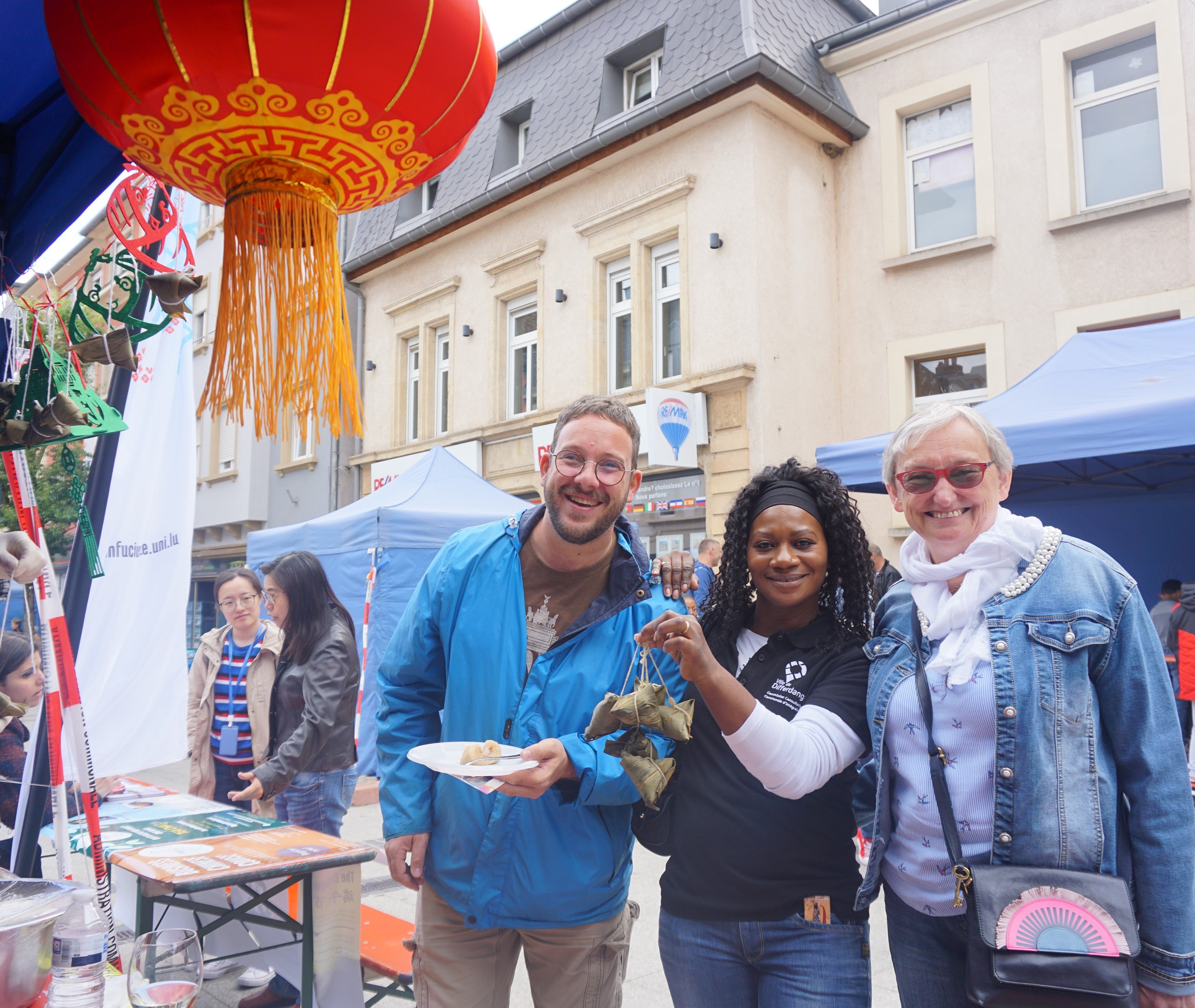 During the event, the staff prepared hundreds of Zongzi for visitors to taste for free. For most Luxembourgers, it was the first time they had seen this traditional delicacy and they were curious about the recipe and how Zongzi were prepared. The staff also took the time to explain the origins of the Dragon Boat Festival to visitors so that they would go away with a better understanding of this important event in the Chinese calendar. To appeal to the many visitors of all ages, the staff had also planned a number of activities for children: painting Zongzi, doing handicrafts and making dragon boats. Children of different nationalities completed their own Dragon Boat Festival “souvenirs” with the help of their parents.

The Confucius Institute had also prepared the traditional “Four Treasures in the Study” (writing brushes, Chinese ink, paper and inkstone) to introduce local people to Chinese calligraphy art. Everyone was very enthusiastic and some asked to learn how to write “Hello” and their name in Chinese. Many people hoped to have the opportunity to have another go after their first try. To make the whole cultural event more interesting, the staff had also prepared Chinese costumes from different dynasties of Ancient China. Visitors could try them on and take pictures. When they put on the costumes and walked shyly into the crowd, they immediately attracted everyone’s attention, eliciting excited reactions and endless photos. What a wonderful combination! For Luxembourgers, traditional Chinese cultural festivals are fresh and full of charm. For the Confucius Institute at the University of Luxembourg, which is only one year old, this Dragon Boat Festival cultural event attracted great attention in the local area. The Luxembourg radio and television channel RTL and the popular newspaper L'essentiel both reported the event. Thanks to the Confucius Institute team and the volunteers who helped to create a friendly, welcoming atmosphere, all the participants were able to get a first glimpse of what the Dragon Boat Festival represents.